Twenty years ago I was probably where you are now: struggling to learn a 2nd language (French in my case).  I couldn’t understand why I couldn’t remember how to write new words that I had just learned, forgetting the pronunciation and the spelling.

All my teachers would say the same thing to me: “you spell the word the way it sounds, you just sound it out, that simple”. I would sound out the word and still get it wrong and it was not simple.

Right after a teacher said a word, sound, or played an audio cassette (yes, at that time mp3 did not exist); I could reproduce it.

Reproduction of a sound and facial expression, I learned that technique from my brother who would mimic me as a child. Now I’m a master mocker.

I remember those expensive textbooks, the reading and writing exercises that we had in class which were so boring, I struggled to pay attention.

“What’s wrong with me!”, I would scream in my head to myself.

I enrolled in so many language classes that I could have paid for a new car.
Always thinking it was the teacher, the school’s fault etc…

I was so frustrated that I gave-up several times trying to learn French.

That was until I decided to move to Paris in 1997.

I enrolled again in a new language class in San Francisco, but this time I was more focused, more determined, because I wanted to live and work in Paris.

I made it through a whole class, learned some vocabulary, but still unable to speak nor hold a conversation.

Let’s not talk about my pronunciation…

I took a leap and planned my moved to Paris, “I’ll master it when I get there” I told myself.

Fast forward to 1999, I found a job and needed to really work on my poor French conversation skills. So, I enrolled in Institut Catholique in Paris, a six-month program.

That is when I learned, at the age of 24, I was dyslexic.

My teachers had no solution for me and just gave me this advice: “You need to work harder”.

And that is what I did.

I took the bull by the horns by researching and testing different techniques on myself.

I was my own little guinea pig.

How and where would I start?

I started with what I like doing in my free time. I love illustrations, colors, and stories. When I was in California, I loved hanging out with friends on the beach at night in front of a bonfire, making s’mores and storytelling. We would make up all kinds of stories.

I would always remember the stories afterward.

Humm…. I remembered the stories.

That was the first clue that led me to go to the public library in Paris.

At first, I tried magazines, novels etc.. but that wasn’t easy for me, it took too long (I have a short attention span) and I got so tired of translating every word. That’s when I went into the children’s section of the library.

Colors, illustrations and not a lot of texts in a book. I was hooked.

I was able to pick up simple phrases that I could remember and reuse for a later conversation with people. Also, I was able to understand the context of how grammar was used in French. Plus learn about real French places and regions.

The best of all it was fun and entertaining.

I would lose myself in these stories and their vivid settings, this is immersion at its best. I’d later move on to watching cartoons in French.

Some of the other students in my class would laugh at me because I had kiddie books, and not reading on the same level as them. But I didn’t care, I was remembering and was able to start speaking French freely.

Fast forward to today, I am now fluent in French.

It’s my 2nd language. I can speak my mind freely and conversate with anyone on the street, in a cafe and at work.

The Power of Stories.

At that time when I was self-testing different ways of learning French, I didn’t know that different scientific research had proven that stories do something to our brain. It engages the entire brain and activates several brain areas that regular learning techniques cannot reach.

According to research, you will acquire more vocabulary and grammar if you engage in meaningful ways with the language you’re trying to learn.

There is also a method created by Blaine Ray, a Spanish teacher based in California during the 1990’s, called TPR Storytelling (Teaching Proficiency through Reading and Storytelling).

This method is based on teaching foreign languages that builds upon scientific research. This can take a variety of forms from reading aloud to acting out a story and singing.

“I don’t read, I just look at pictures“ Andy Warhol.

This was my old saying, I used it for years.
Why?
What is exciting about learning anything through a heavy textbook (even the tiny ones without pictures)? I used to hate to read, that was until I re-discovered children’s books.

I was easily engaged in the narrative contexts with illustrations and thus finally fell in love with reading. Can you believe that?

So, I get you if you feel that reading is not important to learning a 2nd language, nor if you don’t like to read or write. I was once where you are at now.

Your wish is my command.

Over the past six years, I’ve been making videos on YouTube, I get many requests on: “How to learn French?”, “I’m dyslexic too”, “What technique did you use?” etc… “.

With the help of my natural born French Husband H.B., we have set out to create storytelling videos of children’s stories in French.

How are our storytelling videos different from others?

Sorry but I know the story already and so do YOU.
Plus you don’t learn about French culture and everyday life from these stories.
And where are the idioms ????

We are looking for those diamonds in the rough. There are lots of great children’s stories, French authors, and illustrators in France.

However, if you don’t know where to look, how do you find them?

That’s where HB and I come in with our Storytelling’N French (learning French with stories). We’ll curate children’s literature that is easy for self-learners (like me).

The best of all, it will be read by HB, a native French Speaker (no worries, don’t want you to pick up on my American accent).

Test it yourself! One technique from many.

Imagine using this technique to learn a language like French.

Imagine reading through a story in French, learning new vocabulary along the way, and recalling the tiny details easier.

The only way to know if your brain will accept the French story with open arms is to test yourself. Don’t just take my word for it, you can definitely make use of this tool, too. And it will be a fun and “un-boring” supplement to your French language studies. 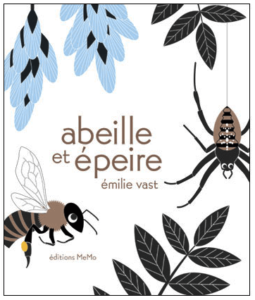 The Bee and the Garden Spider (Abeille et épiere) by Emile Vast, with the permission of éditions MeMo, Nantes France.

Second, read the blog post here: “Storytelling ‘N French Bee and Garden Spider (Abeille et Épeire) by Émilie Vast” on the video so you know how to use the video in your French language studies.

In the comments below, I’d love to hear from you.
Please share yours!

I love learning about new techniques in self-learning.

If you enjoyed this post, I’d be very grateful if you’d help it spread by emailing it to a friend or sharing it on Twitter or Facebook.

MORE intimate details, to my no-bull-shit perspective, on surviving in France (life, work, relationships and more).
I will write you two lettres (letters) per month. Yes, the old fashion way.
Sound cool?
Then sign-up to une lettre de Rachael.

Thank you for reading and adding your perspective to the conversation!
See ya in the comments down below.

Remember to LIVE, LOVE & design your life the way you want it to be.
Rachael HELPS!

Tools I swear by… WANT THE INSIDE SCOOP
(to all things French and in France)?

Sign up to une lettre de Rachael and get
semi-monthly tips, inspiration and exclusive invites created and delivered, just for you! 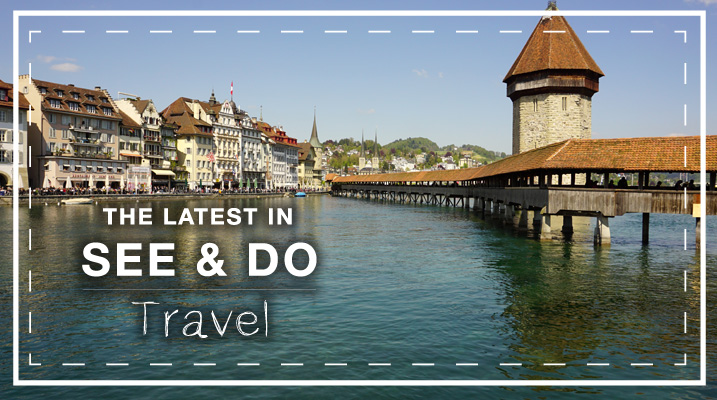 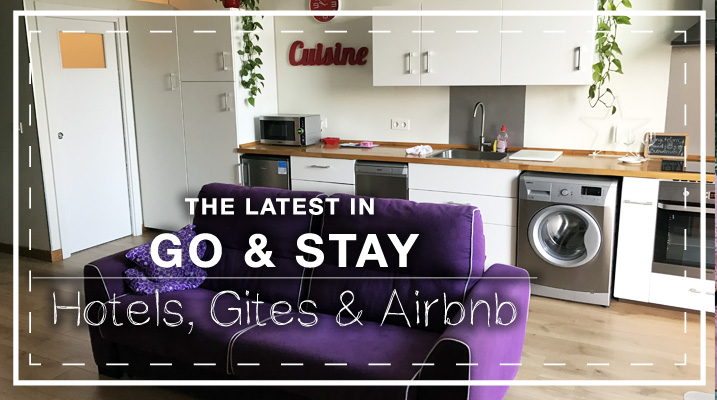 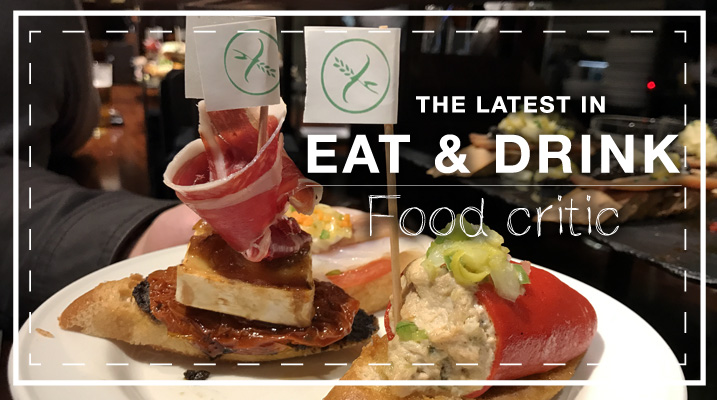 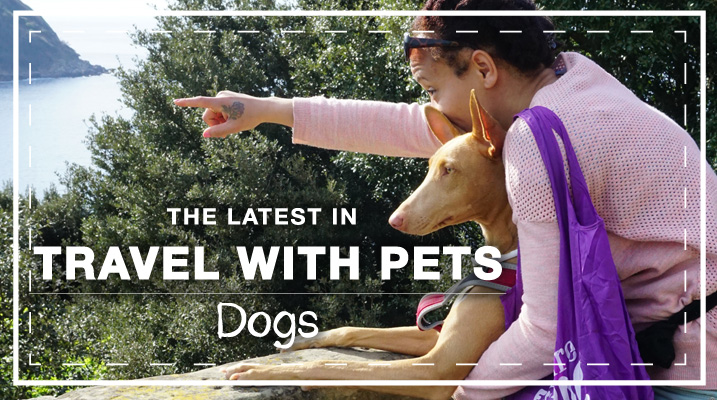